London Amateur Brewers took over the hosting of this year's London and South East Craft Beer Festival after the retirement of Richard Burns from Cheers Homebrew.

Over a hundred beers were arranged in 7 categories, were judged by 14 qualified judges and professional brewers in the morning and in excess of 300 litres of beer were then available for the competitors and general public in the afternoon.

Here are the winners. 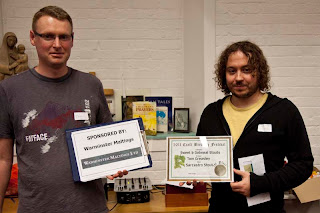 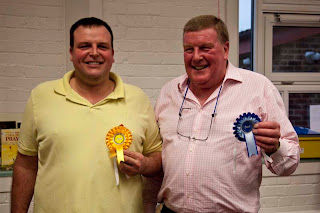 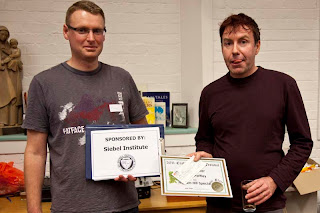 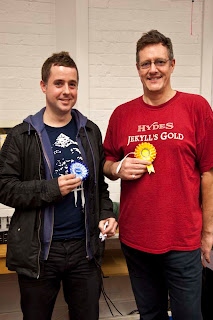 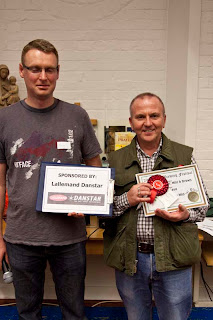 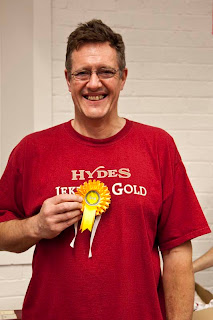 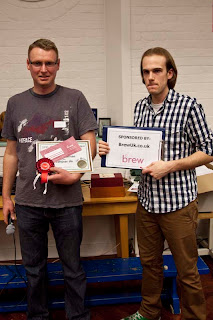 Winner: Organiser and and being handed a prize rather then giving one, Paul Henderson with Left Over IPA (note he managed to keep his eyes open in this picture....) 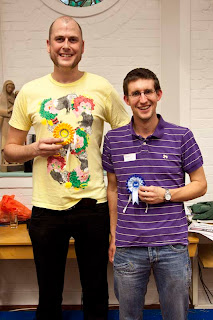 Runners Up: Graeme Coates with Red Sparrowhawk (this also won a few awards at the Bristol competition in September) and Ingemar Jansson with Slinka IPA. Ingemar is one of a pair of Swedish homebrewers who came over for the competition and a London beery weekend. It was great to meet you guys.
Category 5, Porters and Dry Stouts sponsored by My Brewery Tap 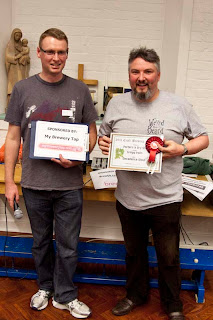 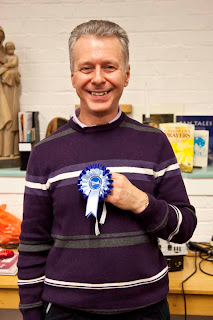 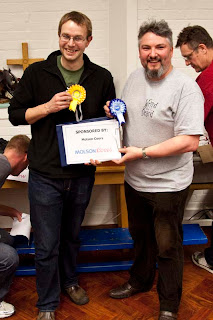 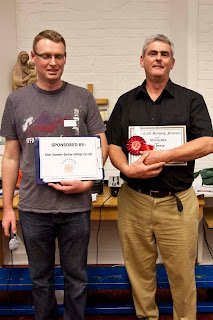 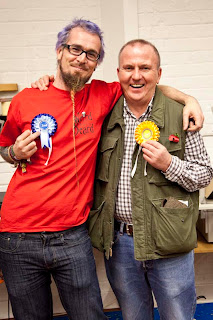 Runners Up: Bryan Spooner with Barley One and Rob Case with Passing Time (my personal vote for the people's choice)
Onto the other awards:
Best label sponsored by the Malt Miller 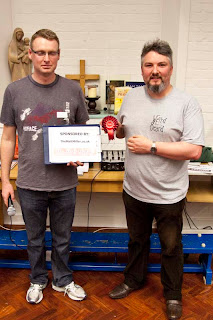 Winner: Gregg Irwin with  Roaring Queen. As this is mine I can show it below ;-) 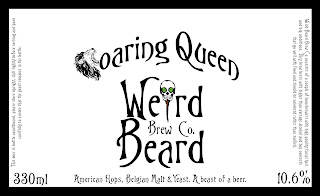 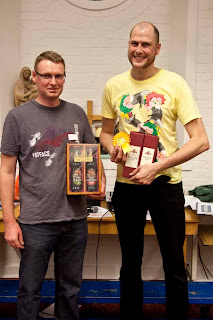 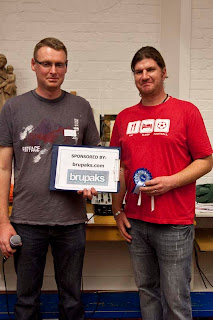 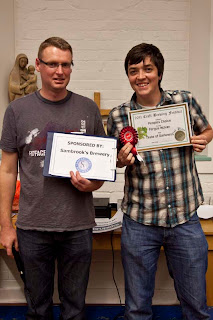 Winner and getting a brewday with Sambrooks Brewery Fergus McIver with Taste the Darkness. This was a great american style stout, probably entered in the wrong category or would have been higher up on the judges lists. 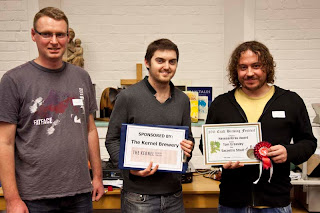 Winner: Tom Greasley with his Sarcastro Stout, a well deserved award for a really good beer. Tom gets a chance to put that beer into commercial production with Evin, Nate (above) and the guys at the Kernel.
A big thanks to all the organisers, judges, stewards, sponsors, brewers and friends who made the day a memorable one.
Posted by dredpenguin at 02:15