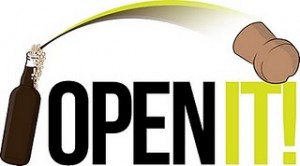 I was away for the first half of the long Open It Weekend (the subject of another blog post when I write it), so only a few bottles to describe.

First up was an impromptu one on Sunday afternoon. I was eating some leftover Easter egg chocolate and wanted a rich imperial stout to go with it. Went to the homebrew fridge to find I had drunk or given away all my own stuff but there was a bottle of the Kernel Imperial Brown Stout - London 1856. Swiftly cracked open and distributed into a couple of glasses dark and inviting with an impressive coffee coloured head. Tried on its own at this time of the afternoon it was a bit much but in combination with the chocolate it was a wonderful mouth-coating sweet start with gentle fizz as the beer cleanses the pallet in a slow and sensual way. I consumed way more chocolate than I intended to due to the great combination. 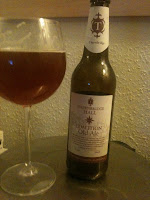 Next was the Thornbridge Darkstar collaboration Collation Old Ale. Probably the star of the show. Poured a hazy orange/brown colour with a short lasting white head. The aroma was of hot toast slathered in thick cut Seville orange marmalade. More orange on the taste but the flavours were many and complex - pleasingly long but sedate bitter aftertaste. It was a bit like a beefed-up and more complex Darkstar Sunburst, one of my favourite regular beers. 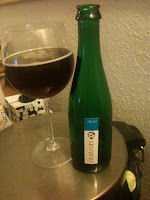 Next up was an Brewdog AB01. This is a beer I had tried before and not been overly impressed with. My hope was that it would improve with some ageing and this one was now 15 months old. It poured a darker brown then I remember with thin but lasting white head. Typical malty/candi sugar belgian style aroma with perhaps a hint of vanilla coming through. On the pallet it was a lot smoother than my previous tastings, again vanilla being a background taste with an estery (red) fruityness. Previously I found the alcohol kick a bit overpowering but this had considerably mellowed with age and the whole experience was a pleasant one. I have one bottle left and suspect I will keep it for some time.
Finally the next night I had a unique bottle to open. It was a magnum sized Grolsch swingtop bottle filled straight from the Dorking Brewery fermentation tanks by my own fair hand. It contained their Winter Ruby beer which is a dark 5.5% seasonal that is somewhat akin to Old Peculiar. Unfortunately it had a nasty medicinal after taste which leads me to suspect that I did not rinse the caustic out of the bottle well enough. A shame because I had been looking forward to this for a while. 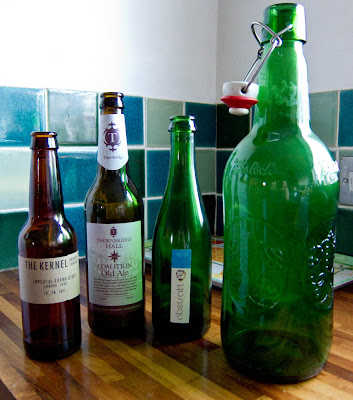