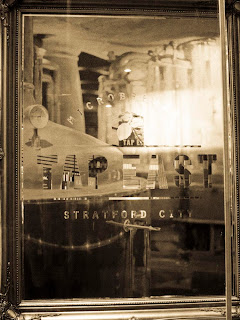 Things in the beer scene in London move quickly. 3 months ago Tap East was a twinkle in Utobeer's eye, now it is a living, breathing brewpub in a swanky new Westfield Stratford Shopping centre. They have been open on and off since mid September. 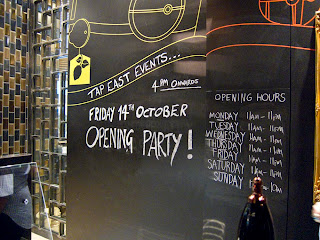 Friday saw their official opening night.
Here are some comments about the new establishment. (Positive and Negative) 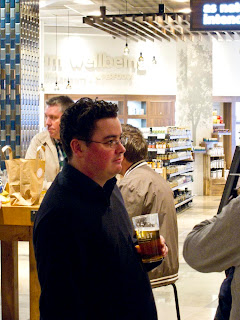 Positive: Glyn "rabidbarfly" Roberts has moved from the Rake to manage the new brewpub. 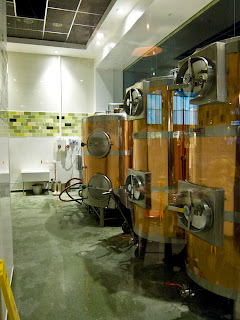 Positive: It has a shiny new 2.5 Barrel brewkit. The plan is to brew a light and hoppy, a stout and an IPA, all cask, for the exclusive use of the brewpub. Brewing starts this week. 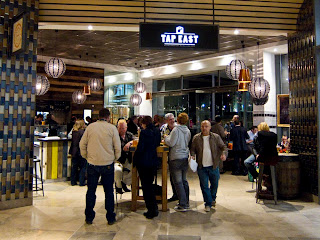 Negative: Does not look like a brewpub when approached from the inside of the shopping centre, more a winebar or coffee shop perhaps? 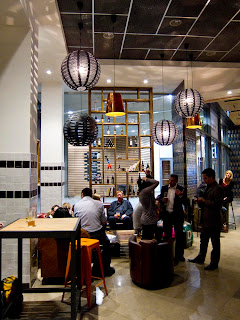 Positive: Stylistically I like the interior, a comfortable environment to be in. 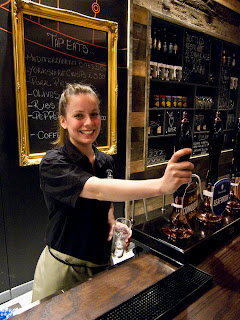 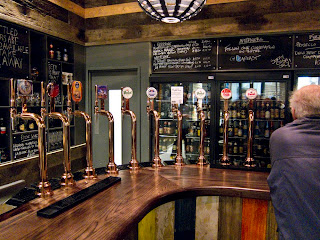 Positive and Negative: 10 gleaming fonts standing proud as a honeymooner's dick from the bar. However the fonts had two with Grolch, Kaiserdom, a Kolch and two Octoberfest beers. I count that as 6 lagers. I'm sure this was a scheduling anomaly and not a policy and the Hofbrauhaus Octoberfest was on fine form. 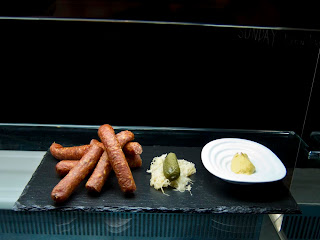 Positive: They don't have a kitchen but put together some nice looking platters of food, and there was no shortage of good food places in the shopping centre. 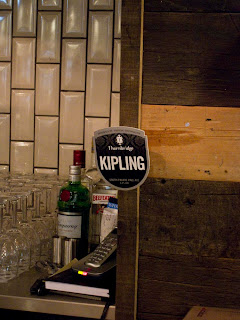 Negative: They ran out of Kipling before I got there!
Their location will be fantastic for the Olympics and as other bloggers have said having a craft beer bar in a shopping centre is definitely a step further forward for the advocates of great beer in the UK. If you are out East give it a visit.
Posted by dredpenguin at 04:12