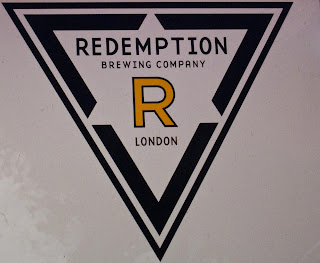 Redemption Brewery is a newly founded (2010) 12BBL micro a stones throw from White Hart Lane in North London. They brew a cracking 3% beer called Trinity among other hoppy brews. 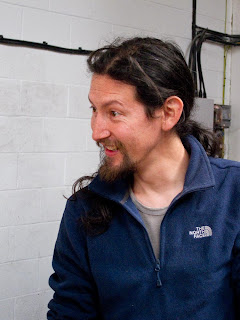 Today they were brewing a collaboration brew with Evin from the Kernel Brewery a subject of a previous Photoblog.
They were good enough to invite a few more interlopers along. 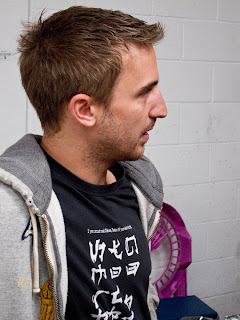 Tony, Manager of  the Euston Tap and ex brewer at the Florence Pub. 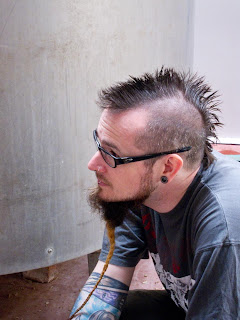 Bryan, a fellow beer geek, brewday virgin and owner of some of the best facial hair around, he is slowly been weaned off a Brewdog obsession. 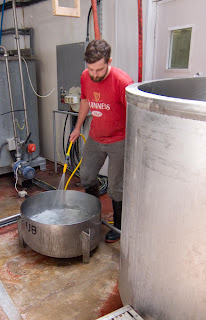 Meet the Redemption guys. Andy Smith is the brewer. He moves so fast it is impossible to take a picture of him in focus FACT! 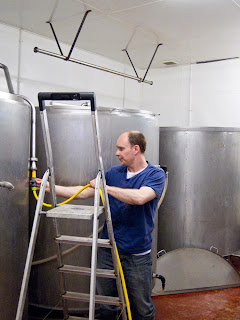 And Andy Moffat. An ex city trader who is the organisational brains behind the the brewery and as nice a guy as you would ever want to meet. 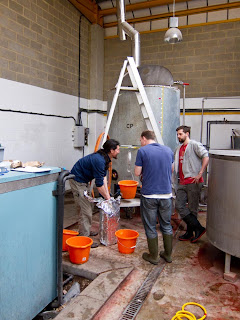 By the time I got there after a 2.5 hour commute they had mashed in and were weighing out the first of the hops. 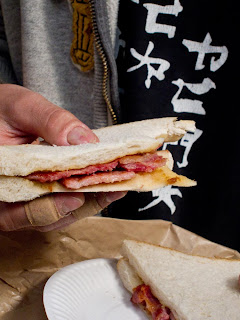 Still there were some advantages with bacon butties on the go. 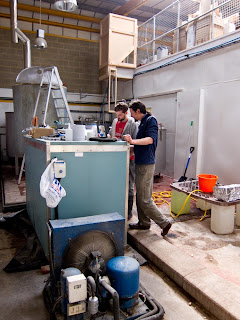 Evin and Andy discussing the recipe which was a mash up between Redemption's Trinity and The Kernel's SCCANS.
The conclusion.... 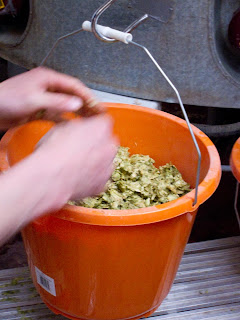 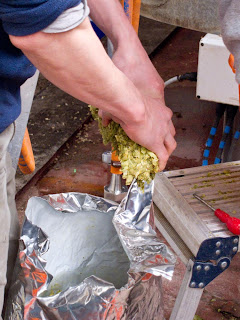 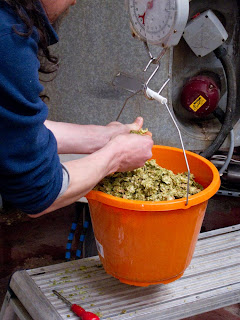 And even more HOPS 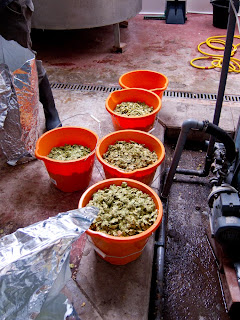 ....they ran out of buckets as there was so many hop additions 22 in all. 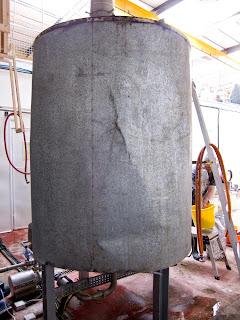 I liked the Redemption brewery. It has a well worn look to it, well I say well worn, battered would be a better word especially for the brew kettle. 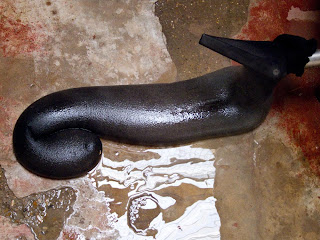 Although they seemed to have a bit of a large slug problem. 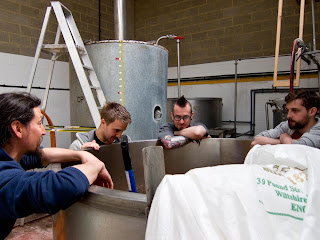 Mexican standoff for who digs out the mashtun. 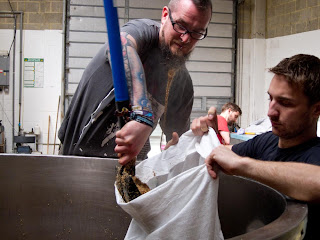 Strangely enough lost by the visitors Bryan and Tony 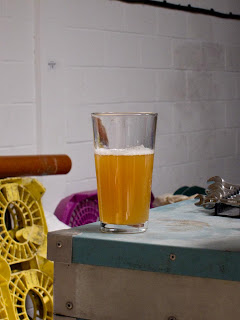 Time for some Trinity straight from the conditioning tank. 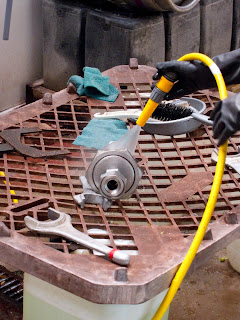 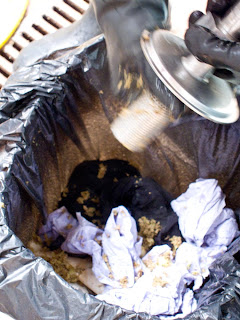 With so many hops in the brew it is no real surprise that the hop filter clogged a few times. but it was still a really fast brewday. Done by 2pm. 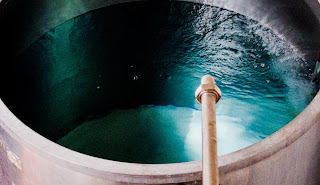 Time for an arty shot...there is always one. 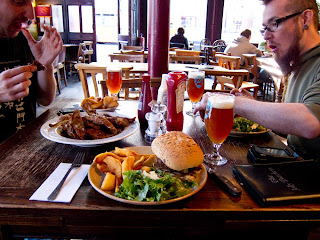 Finally off for a bit to eat at the Jolly Butchers.
It was another really fun brewday. Many thanks to Andy and Andy for their hospitality and Evin for allowing me to continually stalk him! Really looking forward to getting a pint of this beer.
Posted by dredpenguin at 08:15